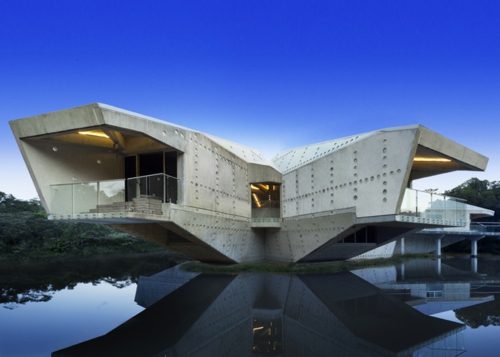 Australian company Charles Wright Architects uses a mix of precast and in-situ concrete to build a house that can withstand the strongest hurricanes in northern Queensland. 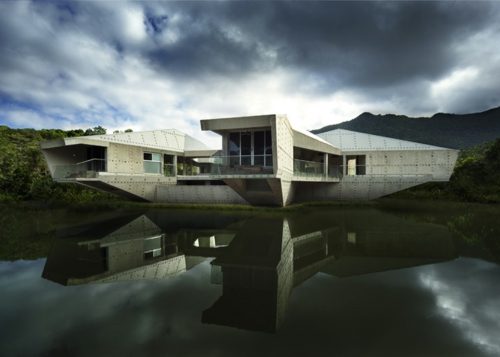 The rainforest area is prone to tropical cyclones at the top end of the meteorological scales. The bulky cantilevered volumes are not only strong enough to withstand these cyclones, but also to prevent the ingress of water during accompanying flooding.

The building can withstand the strongest hurricanes in northern Queensland 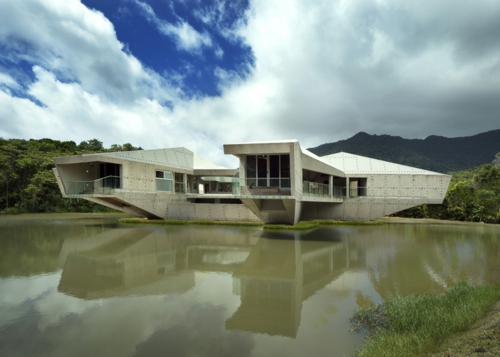 Charles Wright’s architects designed the building to be self-contained and self-contained. The solar panels on the roof generate electricity, while a 250,000-liter water system lets residents benefit from rainwater and greywater recycling technologies. 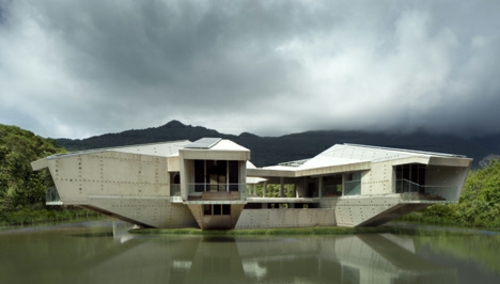 “The goal was not just to produce a technical result,” the architects explain, “but to create a building that largely utilizes natural amenities and reintroduces the surrounding native wetland environment.” 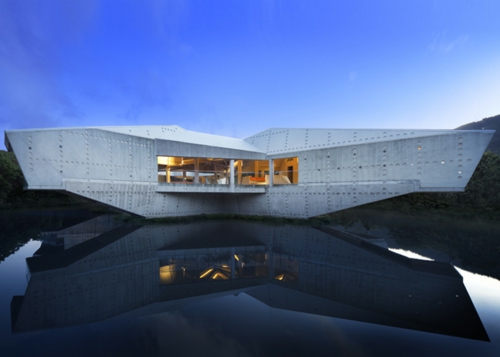 The building is named Stamp House and has a beautified exterior made with a grid of circular pits that go over the walls and roof.

The entrance to the building is on the top floor 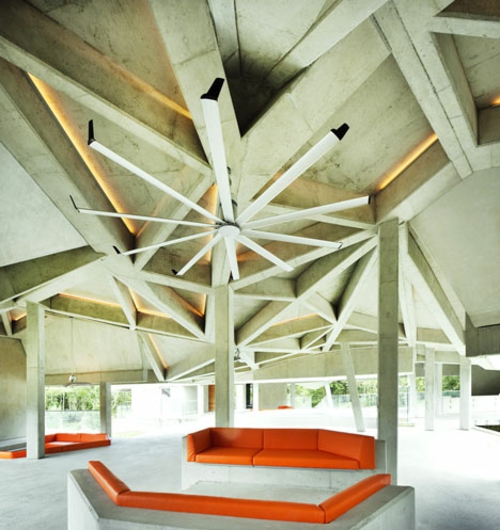 The entrance to the building is reached by a passage – a long bridge over the water. Inside, a large main living room offers several sitting areas, has a kitchen, a dining room and a gym. The bedrooms are located in the wings.

The concrete was developed and insulated the built-in paneled sunroof to provide a steady, cooler and more comfortable annual ambient temperature 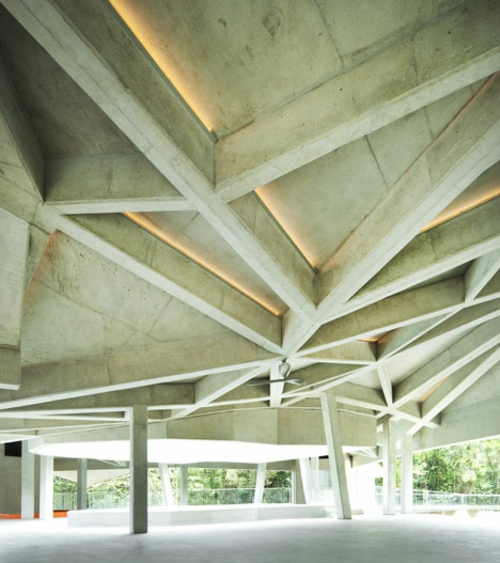 Stamp House
CWA was approached by the project client to deliver a climate-neutral solution to an environmentally sensitive location on the edge of the FNQ Strand Rainforest. The goal was not just to create a technical result, but to build a building that largely utilizes natural amenities. The building has a constructed water ecosystem, which was the result of long cooperation with National Parks, Environmental Agencies, State and Local Government.

The design uses massive outriggers to mitigate the effects of possible floods and “King tide” flooding with cyclone activity. The project was developed to withstand solid and intense cyclones. 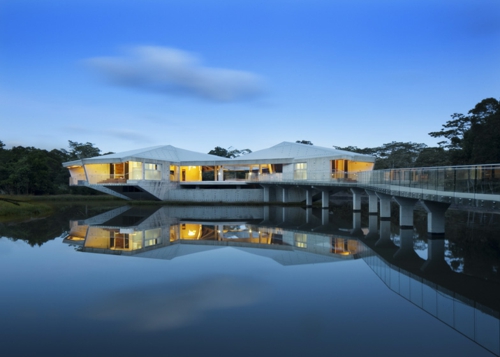